In the Media: Super poo: the emerging science of stool transplants and designer gut bacteria

Originally written by Tory Shepherd for The Guardian.

As more people turn to faecal transplants for their health benefits, researchers in Adelaide are harnessing the power of high-quality poo in new treatments that can simply be swallowed.

Good poo donors are so hard to find they’re sometimes called “unicorns”. These elusive, healthy creatures service a market for faecal transplants that is growing rapidly as evidence of its benefits mounts. Emerging science shows that a human’s microbiome – their constellation of gut microbes – has a far greater effect on health than anyone previously imagined. This enormous ecosystem we host in our bodies includes bacteria, fungi, viruses and more. The collective genetic material in the microbiome performs myriad functions that affect our mood, our immunity, and our physical and mental health. Crappy western diets and antibiotics are depleting our microbiota. And in some cases, a person’s microbiome is disordered enough that it needs a little boost from someone else’s. Restoring them to health has become a very serious scientific endeavour, as the diversity of our gut bacteria is linked to everything from depression to how we respond to cancer treatment. The transfer of healthy stool into the gastrointestinal tract of an unhealthy recipient has been proven to treat people with intestinal conditions, including the superbug Clostridium difficile colitis, or C diff – which can cause diarrhoea, sepsis and even death. But as scientific understanding of the microbiome improves, the possibilities of faecal transplants are expanding. Now researchers are working on a “super stool” – a poo pellet you can eat that mimics a so-called unicorn’s special abilities.

BiomeBank’s office is located in a hub in the suburbs of Adelaide. Chief medical officer Sam Costello and chief executive Thomas Mitchell wear lanyards emblazoned with depictions of bacteria – and Costello jokes that an organic-looking spill on his is probably a real-life experiment. The biotech company has been on a unicorn hunt. This place is home to a stool bank – and it’s a place where designer poo transplants are made. There’s a special donor room (a glorified toilet) where poo donations are received. There’s a lab with an anaerobic work station, where donors’ bacteria strains are put into a “secret sauce” to grow and then isolate strains. Those strains are categorised and catalogued for future use. BiomeBank’s head of donor screening, Dr Emily Tucker, says there’s a long list of requirements for a stool donor. They have to be healthy, obviously. They have to be screened for infections. A detailed history of their medical, travel and antibiotic history is taken. Those who make it through all the assessments are enrolled for an eight-week program where they have to turn up on time, fill out a questionnaire, then (ahem) make a deposit inside a special room. So what happens if there aren’t enough unicorns? That question inspired BiomeBank’s latest endeavour – to replicate the contents of a unicorn’s guts.

People are building libraries of the very best that poo has to offer, and BiomeBank is part of the effort to categorise premium stool strains. Costello, a gastroenterologist, says that humans historically had much more diverse microbiota. We lived more closely with other people and with animals, and we ate more unprocessed food. There’s evidence, he says, that this depletion is evident across society – particularly western society. He describes a “microbial extinction event” in the modern world. As on Earth, so it is in our intestinal system – we’re living with the consequences of a hollowed-out ecosystem. Mitchell explains that in BiomeBank’s first generation of microbial therapy they extracted the right bacteria, freeze dried it and put it in a capsule. Patients can take it orally to treat specific infections. This generation has already been rolled out in hospitals, and, if approved by the Therapeutic Goods Administration, it will be the first microbial therapy in the world approved as a biologic (it currently has provisional approval). Then there’s the second generation – a replication. Think of the unicorns as Adam and Eve types, but their genomic sequences can be reproduced. You can grow them. Isolate them. Identify them, name them, put them in a library, and gradually build up knowledge about what each strand can do. An illustration of the digestive system, with food and gut bacteria, on a pink background Unlocking the ‘gut microbiome’ – and its massive significance to our health Read more And when you hit a vein of gold – a bacterial strain that sorts out a deficiency in someone’s microbiota – you scale it. Then you put it that bespoke bacterial recipe in a capsule that someone else swallows. “It’s a new way to treat disease,” Mitchell says. “It’s a little factory.”

Why is the microbiome so important?

From the moment we’re born, and throughout our lives, our microbiota are shaped by our environmental and dietary inputs. Babies born by caesarean section have a different mix to those delivered vaginally, a major study has found. The C-section babies pick up more strains from the hospital, which could explain higher rates of immune problems such as asthma and allergies in those babies. Prof Felice Jacka, director of Deakin University’s Food and Mood Centre, is a nutritional psychiatrist (and the author of There’s a Zoo in My Poo, which features recipes for “better bog burgers”, “farty toast” and “zoo poo stew”). The centre examines the “mindbogglingly complex” links between diet, gut and brain health. “You have all these organisms that interact with each other in a way that’s impossible to map at this stage,” she says. “We’re still really at the beginning of working out what microbiota can do.” And Jacka’s a fan of the “super stool” plan, not least because “giving people other people’s shit” has a bit of the icks about it. “It’s absolutely worth doing,” she says. “Finding those super donors is hard. Only about 3% of people qualify … Those super poopers are kind of rare, so it you can distill that, if BiomeBank can come up with a stool equivalent, it’d be awesome.” Jacka, as one of the world’s top microbiome experts, says scientists are still working out exactly how the gut-brain axis works, how the microbiome affects health, and how it can be manipulated. There are dozens of studies under way in Australia, but existing research has already shown that a bad diet – like the standard American diet – leads to increased inflammation in the body, which means a higher risk of cancer. A team from the Imperial College London and the University of Pittsburgh compared African Americans to rural South Africans. The volunteers were tested, then swapped diets and were tested again. After just two weeks on the fibre-rich rural diet, the Americans had significantly less colon inflammation and a lower cancer risk. Unfortunately, the rural group went the other way.

Cancer and the gut

The Food and Mood Centre is studying nutrition and its effect on depression, on muscle and heart health, on psychotic disorders, on post-traumatic stress disorder, eating disorders and a host of other health concerns. Jacka nominates cancer research as one of the most exciting fields in microbiome studies. Data show better responses to treatment, particularly immunotherapy, in people with more diverse gut microbes. But she warns much research is still nascent, and that industries out to make a buck are capitalising on it too quickly, selling products with vague promises of promoting “gut health”. “Be aware, keep an open mind, but not so open your brain falls out. Or your wallet, more to the point,” she advises. The University of New South Wales’ Microbiome Research Centre is studying the effect of the microbiome on cancer, women and children’s health, infection, immunity, inflammation, critical care, and mental health and neuroscience. The centre’s director, Prof Emad El-Omar, says there while there is advanced research showing the benefit of a more diverse microbiome (and therefore faecal transplants) when dealing with C diff, in other disorders researchers are still working through what works, and how. He says the the number of genes in these microorganisms dwarfs that of the human genome. “It’s a very exciting field, but there’s still a bit of work to be done to maximise the benefit for all humanity.” And he agrees with Jacka, that the “wellness” industry is sometimes jumping the gun on “gut health”.

How can you help your gut?

At this stage, poo transplants are only recommended, or useful, in very specific cases. But everyone can improve their microbiome – and you don’t need supplements. Jacka says for most people changing their diet is enough to change their bacteria. “To have what we understand to be a healthy microbiota, where the microbes present are associated with healthy conditions and those that aren’t present that are associated with unhealthy conditions, we already know what you should do,” she says. “Eat lots of plants, different types of plants, different-coloured plants and throw in some fermented foods.” Think kimchi, kombucha and sauerkraut. And think fibre. Jacka says that with typical western diets your gut microbiota is so “weak, wan, pale and deficient” that it just can’t cope with fibre. Then when people try to incorporate more roughage, they get gas or a stomach ache. Some people then mistakenly think they have irritable bowel syndrome or a gluten intolerance and back off the fibrous foods. You have to start gently, she says. Increase the amount and type of fibre gradually. “The answer to a problem with beans,” she says, “is actually more beans”. Costello says BiomeBank hopes to be “part of the global effort work to solve this big problem, which is this loss of microbial diversity associated with disease … on a massive scale”. “We see it as a modern pandemic,” Costello says. And there is plenty of work still to be done. At BiomeBank, researchers are beginning to understand the microbiome strains in frozen storage. Then there are the many strains yet to be understood – we don’t know yet what they might one day be capable of. Costello and Mitchell call that library of the known and unknown, next door to the unicorns’ toilet, the “cave of wonders”.

Get the latest information on BiomeBank, Biomitrica, and other important topics in microbiome science.

What is the Microbiome? 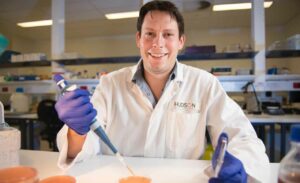 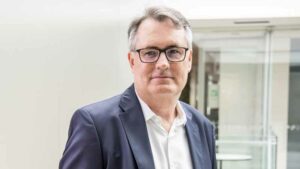 In the Media: Super poo: the emerging science of stool transplants and designer gut bacteria